Mr. Gismondi attended college at the University of Pittsburgh and graduated with highest honors in 1975. In 1978, he graduated from the University’s School of Law where he was a member of the Law Review.

After serving a three-year term as a law clerk in federal district court, Mr. Gismondi entered private practice in 1981. Since that time, he has limited his practice to one area of the law—helping victims and their families in personal injury litigation that includes medical malpractice, automobile accidents, airplane accidents, consumer products, and a variety of other circumstances.

Mr. Gismondi has limited his practice to one area of the law—helping victims and their families in personal injury litigation that includes medical malpractice, automobile accidents, airplane accidents, consumer products, and a variety of other circumstances.

Mr. Gismondi has been a frequent interview guest on local television and his cases have been featured nationally on the ABC Evening News, Good Morning America, 20/20, The O’Reilly Factor, CNN, and in People Magazine and other publications.

In a national rating of lawyers’ abilities, the nation’s most-recognized reference source on lawyers, Martindale-Hubbell, gives Mr. Gismondi an A/V rating, which is their highest rating for both legal ability and personal qualities such as reliability, diligence, and ethics. He has been named a Pennsylvania “Super Lawyer” and is listed in “Best Lawyers in America.” Super Lawyers listed him as one of the Top 10 Lawyers in Pennsylvania.  He was the first lawyer from Western Pennsylvania to ever be included on the list.   In 2013, “The Legal Intelligencer,” the nation’s oldest legal journal, honored him with a “Lifetime Achievement Award” for his impact on the legal profession in Pennsylvania over the past 20 years. He was the only lawyer from the Pittsburgh area so honored.

Attorney Gismondi has been chosen by his peers for many leadership positions. In 1996, he was elected President of the 7,000-member Allegheny County Bar Association, and prior to that he was chosen as the President of the PA Trial Lawyers Association, Western PA Chapter. Mr. Gismondi currently serves as the Chairman of the Medical Malpractice Section of the PA Association for Justice. He is a member of the Academy of Trial Lawyers of Allegheny County and served as President in 2013. He is also an invited member of the American College of Trial Lawyers, the nation’s most prestigious group of courtroom attorneys.

Mr. Gismondi is one of the state’s best-known speakers at conferences and seminars designed to teach other lawyers about personal injury and medical malpractice law. He has been invited to speak at well over 100 such events throughout Pennsylvania.

In addition to his full-time practice of law, Mr. Gismondi is actively involved at the University of Pittsburgh. Since 1985, he has served as an Adjunct Professor of Law, teaching a weekly course entitled “Trial Advocacy.” More recently, with his active support and assistance, the Law School established the “John P. Gismondi Civil Litigation Certificate Program,” a unique curriculum designed to provide special training to law students who wish to become courtroom attorneys. In 2008, the Law School named Mr. Gismondi as the recipient of its “Distinguished Alumnus” award. In 2012, the university at large named him a “Legacy Laureate,” a select honor reserved for only its most prominent graduates.

Mr. Gismondi makes his home in Pittsburgh with his wife Lisa. 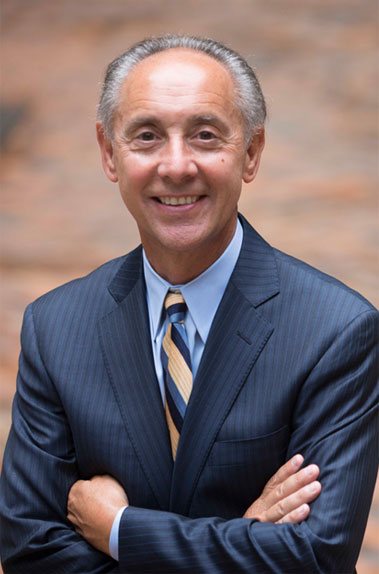